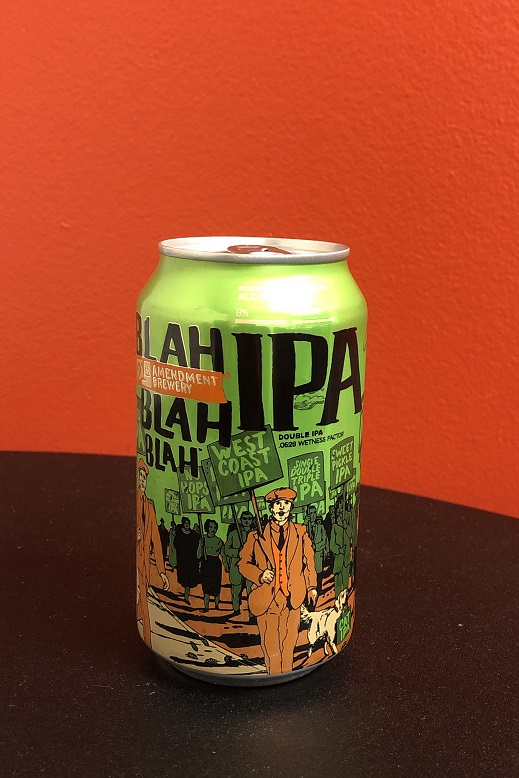 Notes: Blah Blah Blah IPA is a maltier, amber-colored take on a traditional IPA. We incorporate some interesting malts including Baird Caramel 80, a darker, sweet crystal malt. Belgian biscuit malt give it a toasty flavor; and German dark Munich malt for body and color. We also hopped this ale a bit differently than we normally do with most of the hops being added at different times very late in the boil for a full hop “jammy” flavor and brighter aroma. We then dry-hopped it very aggressively using five different hops including a new experimental varietal to pack the flavors and aromas of pine, citrus, grapefruit and jam. Blah Blah Blah, just try it!